Africa Needs Its Young People to Modernise its Agricultural Sectors 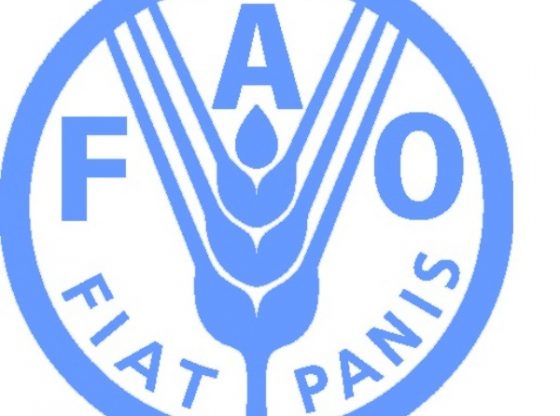 Migration, both to urban areas and abroad, risks depriving African countries of the young people they need to modernise their agriculture sectors, which are key to achieving growth and prosperity according to FAO Director-General, José Graziano da Silva.

“It is crucial that African countries also look at rural areas for agro-industrialization that can provide more opportunities for young people to find employment and remain in small villages and rural areas,” Graziano da Silva said, pointing to a recent FAO report showing that those who migrate from rural to urban areas are five times more likely to move abroad.

He made the remarks at the Italy-Africa Ministerial Conference in Rome, which includes foreign ministers and other officials from more than 45 African Countries, as well as representatives from the African Union, other international organisations, and the private sector.

The FAO Director-General held bilateral meetings with foreign affairs ministers from Angola, Côte d’Ivoire, Liberia, Somalia and Sudan and was also expected to meet their counterparts from Mozambique, Cabo Verde and South Sudan.

During a panel discussion at the Conference, FAO Director-General noted that economic growth in many African countries has slowed down in recent years and that the impacts of climate extremes have intensified, while conflicts continue to cause social disruption in some areas.

He stressed that in this context, it is important for countries to define joint strategies and implement common actions, such as the recently approved African Continental Free Trade Area. In particular, agro-industrialization can contribute to addressing Africa’s historical dependency on food imports, the FAO Director-General said.

Paving the way for agro-industrialisation requires that we “urbanise rural areas,” and this means  providing small villages with basic services, such as education, health, electricity, and internet access, which, Graziano da Silva noted is “one of the main attractions for youth nowadays”.

“Small villages should be the place where farmers buy seeds, send their children to school, and turn to medical care and other services when necessary. In Africa, it is very important to revitalise small villages through small agro-industries and cooperatives of family farmers,” he said.

More investment in infrastructure is also important to connect producers, processors and other segments of the food value chains. This includes roads, transportation, storage capacity, energy, as well as water management. These measures are key to creating job opportunities not only in agriculture production, but especially in various non-farm activities, such as services provision in general and rural tourism, the FAO Director-General stressed.

The private sector, a crucial partner

The private sector, Graziano da Silva added, is a crucial partner, particularly in building the necessary infrastructure for economic growth and development. He underscored that FAO has established more than 150 strategic partnerships with non-state actors, 50 percent of which are with private sector companies.

Through its relation with the private sector, FAO has mobilised knowledge, technical expertise, political support, in-kind donation and other resources, mainly in support of the poorest countries and communities.