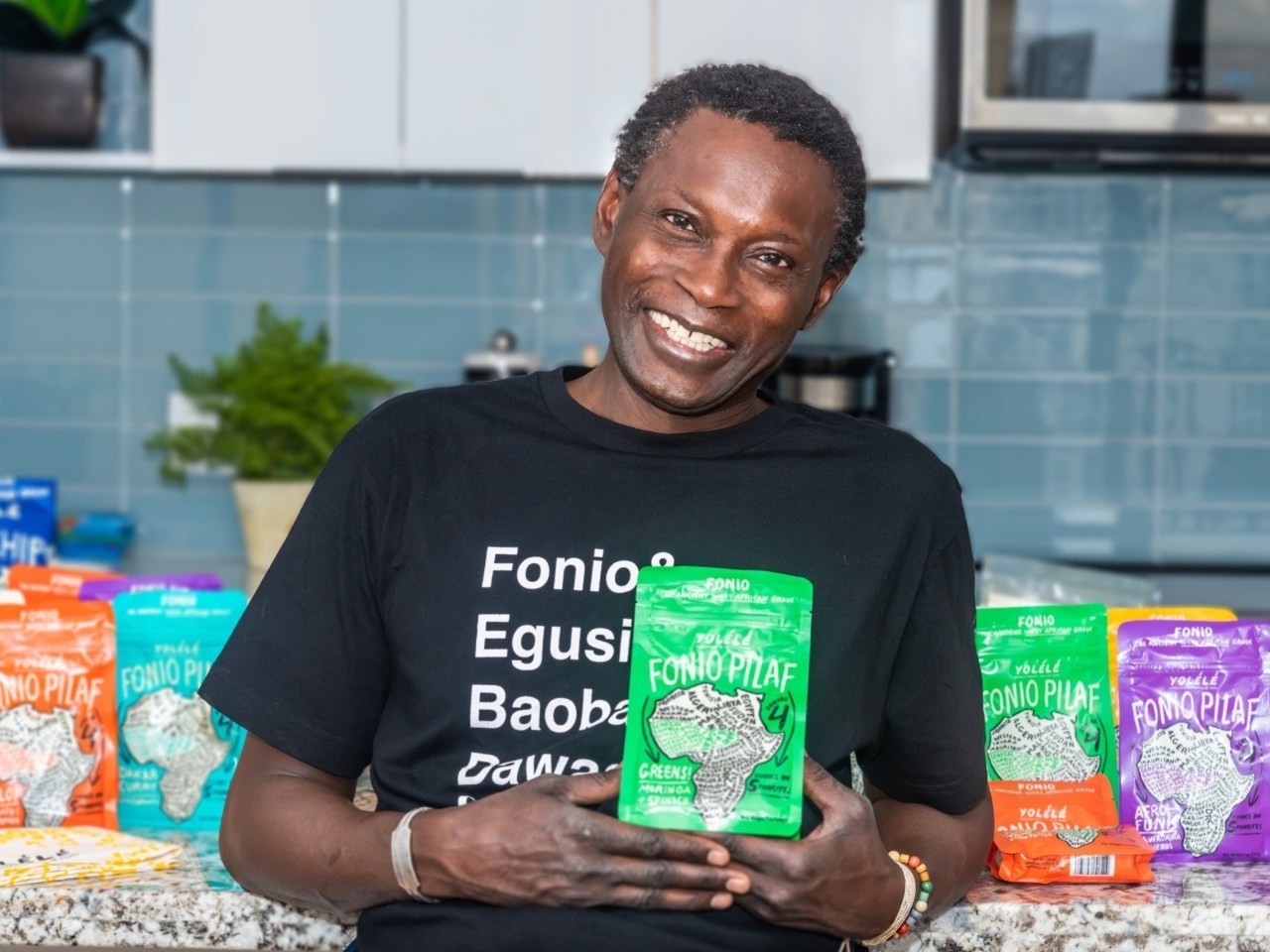 A new venture in Mali called West African Ancient Grains (WAAG) plans to turn fonio into a cash crop to provide a source of income for farmers in the Sahel region, one of the world’s most vulnerable areas. WAAG is an agro-processing operation being built by two companies:  Yolélé, Chef Pierre Thiam’s US-based West African food brand, and Mali Shi SA, Mali’s leading shea butter manufacturer with a network of over 23,000 West African smallholder farmers, most of them women. The co-investment grant of $1.98 million is funded by the U.S. Agency for International Development (USAID) West Africa Trade & Investment Hub (Trade Hub) through Prosper Africa.

Fonio is a drought-tolerant, gluten-free nutritional powerhouse that can be used like any other grain. Since 2017, Yolélé has been sharing the ancient West African grain in the US in collaboration with ingredient importer and distributor Woodland Foods, and is now expanding internationally. Yolélé has significantly advanced the neglected and underutilized crop’s visibility in the past 5 years by using it in products that have gained wide distribution in the US.

The investment supports U.S. market development and promotion, supply chain development, and the establishment of a new Mali-based processing center.

WAAG will build a supply chain that traceably connects smallholder farmers living in extreme poverty with local and global markets for biodiverse, climate-resilient crops through efficient processing. The newly formed company aims to process thousands of tons of fonio to meet increasing global demand, contracting with thousands of smallholder farmers for production and helping them increase productivity by training in improved agronomic practices. The project will create 13,714 agricultural jobs in Mali, and $4.5 million in collective smallholder sales in the next two years.

“Efficient processing has always been the missing link preventing farmers from earning livelihoods from fonio,” according to Pierre Thiam, co-founder of Yolélé. “Fonio is easy for smallholders to grow, but turning it into food is hard! There is no fonio processing facility in the world that can meet the volume and quality requirements of large global food companies looking for feasible ways to meet their UN SDG’s. We devoted a lot of resources to find a technical solution to industrial-scale processing, and a strong local partner at the source. West African Ancient Grains can deliver GFSI-compliant fonio, millet and sorghum flour for flexible applications to major food manufacturers. That changes the landscape in terms of farm income and traceable impact at scale.”

“Providing multiple sources of income for the farmers in our growing network has a huge impact on family life and rural landscape,” said Simballa Sylla, the CEO of Mali Shi. “It makes financial sense for farmers to engage in sustainable, biodiverse, multi-crop rotations only if they have customers for their harvests. West African Ancient Grains is that customer, an element that has been missing for smallholders in the Sahel.”

The Trade Hub’s co-investment partnership with Mali Shi and Yolélé marks its first in Mali.

“Mali is ripe with opportunities to support economic growth through private investment, create long-term jobs for smallholder farmers, and increase exports of products such as fonio to the United States,” says Frantz Tavares, Public-Private Partnership Manager for the Trade Hub. “I expect our project with Mali Shi/ Yolélé will prove this and encourage more investment into Mali’s high-potential businesses.”

While Yolélé works on creating global demand for fonio, WAAG’s implementation of value chain improvements will increase cash income for families in its grower network by an estimated 85 percent.