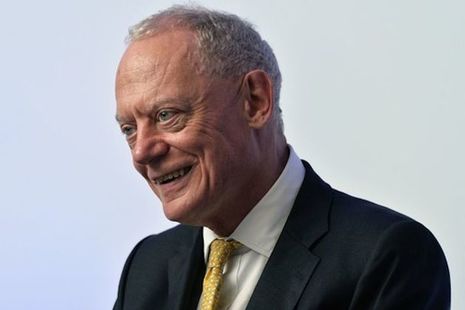 UK Export Finance has released new data showing it provided over £500 million worth of support for projects in West Africa throughout 2021, the most in over two decades.

At the Africa Investment Conference (20 January), the Prime Minister said the UK is already one of Africa’s biggest commercial partners but we are “determined to do much more – our shared task must be to ensure that Africa prospers from the green industrial revolution.”

The Conference is an annual showcase event, designed to partner investment projects in Africa with British investors. Over 3000 delegates took part this year, boosting trade and investment ties between the UK and the continent.

The government is also mobilising support from its export credit agency, UKEF, to boost exports to Africa – it provided support worth £2.3 billion in the past year, more than trebling the amount provided in 2018-19.

In West Africa this has been deployed to a range of vital infrastructure projects, helping to build major roads and bridges as well as providing medical and IT equipment, design services and environmental and social work.

The region provides a unique opportunity for UK exporters as West Africa has experienced a surge in economic growth since the early 1990s. Research shows that since 2000 its collective GDP has risen from $105 billion to more than $659 billion in 2020.

UKEF has capacity to provide further support for UK trade in West Africa, with up to £3 billion available in Senegal, £2 billion in Cote D’Ivoire, and up to £2 billion in Nigeria.

Minister for Investment, Lord Gerry Grimstone, said: “We want more British firms to sell to the world, taking advantage of new opportunities that present themselves in growing markets like this. The potential is huge. This government has the finance available to back British firms going global in West Africa, supporting growth and development in the region and helping communities and local economies to thrive.”

Examples of successful investments include an over £40 million UKEF guarantee for Gloucestershire firm Mabey Bridge to build 87 emergency bridges used to strengthen flood defences in Ghana, supporting countries suffering from the effects of climate change.

In 2021, UKEF also signed its largest-ever deal in the region worth over £200 million to support the construction of six hospitals, with support from UK suppliers, creating jobs in the UK and improving health outcomes in the Côte d’Ivoire.